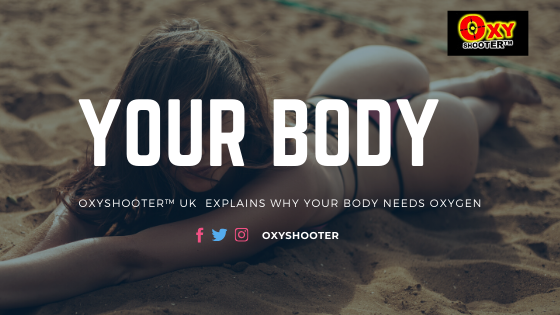 Your body need oxygen and heres why

is largely composed of oxygen. Scientists are now discovering how low levels of oxygen can disrupt the body’s ability to function correctly. Scientists also agree that oxygen plays a powerful and primary role in our overall health and well-being.

A growing number of researchers agree that the best way to improve health may be related to the optimum oxygenation of every cell.

Today, cutting edge researchers believe that even relatively healthy people may have trouble extracting all of the oxygen they need from the air. In fact, the air itself is becoming more and more polluted, making oxygen extraction more difficult.

What benefits does oxygen provide?

Oxygen is essential for healthy cell maintenance, for cellular healing, repair and cellular reproduction. It also plays a vital role in proper metabolic functions, blood circulation and the assimilation of nutrients, digestion, and the elimination of cellular and metabolic wastes.

Oxygen allows the body to:

All metabolic processes in the body are regulated by oxygen. Our brains process billions of bits of information each second. Our metabolic processes work to rid our bodies of waste and toxins. Even our abilities to think, feel and act require oxygen-related energy production.

Factors that may affect our body’s precious oxygen supply are: diminishing amounts of atmospheric oxygen; an unhealthy diet resulting in oxygen shortages; excessive stress; individuals with chronically acidic systems; oxygen shortages due to infection; and lack of exercise.

HOW CAN DIET & STRESS CAUSE OXYGEN DEFICIENCY?

The body responds to exercise by increasing oxygen intake by breathing hard and deeper.

This increase in blood oxygen levels helps the body perform two very important functions. First, the additional oxygen permits the creation and release of more energy for the exercise. Second, the increased supply of oxygen is utilized by the body to remove by-product wastes that are the result of a higher metabolic rate. A sedentary lifestyle can inhibit the removal of toxic wastes from the body.

Can low levels of oxygen contribute to infection in the body?

When body oxygen falls to extremely low levels for prolonged periods of time, the body may become a breeding ground for harmful bacteria, viruses, fungi, parasites, and other infectious agents.

Some research indicates that when the oxygen content of the body is within a normal level, infectious microorganisms have a more difficult time breeding and multiplying.

When your blood oxygen levels remain low for extended periods of time,  the cells cannot get an adequate and consistent supply of oxygen and they may have difficulty resisting  the invasion of microorganisms.

Sufficient oxygen helps the body in its ability to rebuild itself and maintain  a strong and healthy immune system.

Can Oxygen help the skin promote a healthy body?

New research reveals that our skin gets its oxygen from the atmosphere, not the bloodstream!

The oxygen reserves from air provide the highest percentage (from 0.25-0.4mm) to the skin, with more than 70% of oxygen!

This area includes the outer layer of living cells and the inner layer of the dermis, which contains sweat glands and fine roots. There are three layers of skin: the epidermis (outer layer), the dermis (middle layer), and fat (the deepest layer).

Our skin is the largest organ in the human body and it has several functions. It prevents the body from losing water and other fluids, stores fat, cools the body when sweat evaporates, and produces vitamin D.

It also protects the body from infections, harmful UV (sun) rays, foreign substances, chemicals and bacteria, wounds, and helps to maintain the temperature and other homeostatic functions.

The protection is easily affected by exposure to elements such as dry air, cold or heat. These conditions dry the skin and create microscopic cracks on the surface.

use Canva for design ? click here to find out more

1 thought on “Your Body Needs Oxygen – Here is Why”